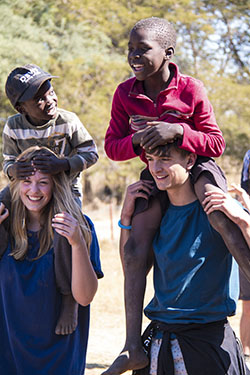 As the sun beat down, water fell and a fish eagle started its morning chorus... We had arrived in Zambia and were enjoying the majesty of Victoria Falls.

As we walked along the mighty gorge, "The Smoke That Thunders" sprayed us and the ever inquisitive baboons with a cooling mist. Africa had already delivered its first wow and entering the soul of the young adventurers, walking in the footsteps of the legendary Dr Livingstone. That afternoon we ambled down the river, exploring the mighty Zambezi, getting glimpses of its residences... hippos snorted and crocodiles basked as nervous antelope drunk from the river. It was a splendid start to the expedition.

However after a relaxing day, hard work was upon the group as they engaged with a local community at Linda Farm. The farm was given to the people of Livingstone nearly 40 years ago to support those in need. It has a beautiful feel, with a wide ranging group of people... those who have been orphaned, to those who are vulnerable due to disability, all come together to support each other and kindly welcomed our group into this process. The students quickly went to work, undertaking a huge plastic cleanup. Helped by the young children of the community, we soon had collected over a dozen bags of plastic, which over the next 3 days were turned into eco-bricks. With Jordy ensuring quality control of these bricks, by day three a team of seven had built stage one of a composting storage system. Alongside this the rest of the group engaged in daily life, working in the fields, watering, weeding and collecting crops, as well as working in the small primary school. Led by the energetic Daisy song and dance flowed through the classroom, before we all gathered for sport and art in the afternoon. Led by sport and art leaders, the skills they had learnt back in Kent flourished and smiles beamed like the sun above. If you have a few spare hours i am sure Craig and Ed will talk you through their skilful performances in the football match the completed our three day visit. 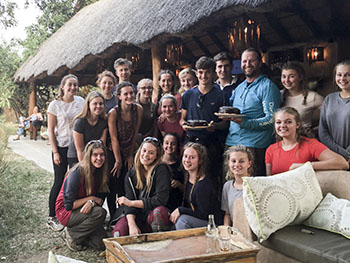 As the fire flickered that night and we tucked into another wonderful meal created by Mrs Opperman and her team of Leopards, emotions were being stirred, tears of happiness flowed and the power of humanity was clear for all to see.

We rose early the next day headed for Lusaka and Lilayi, home of the Elephant Orphanage Projects Nursery Facility. Kindly hosted on the Miller's farm, this special place was our home for the next three nights. Two jam packed days lay ahead for the students and they were straight away fully involved, as head elephant keeper Gift invited Emily to prepare the milk feed for the orphaned elephants, who are being rehabilitated here. The project was set up nine years ago by the David Shepherd Wildlife Foundation and has a holistic approach to conservation, with the orphanage being just one part of the puzzle. It was important that the students understood this and with each new activity they got see education, community engagement, anti-poaching and animal behaviour and welfare at work as well as help with these processes. Three stand out highlights included an amazing talk by Remco, who explained wildlife crime prevention and the threats facing elephants and pangolins in particular. Watching the orphans as their lives are rebuilt by the amazing keepers and visiting a community engagement project called "Little Ndaba". This women's group enables them to generate a wage by making beautiful handmade elephant toys. If you speak to Lily and her team in September, they will be selling these toys for the ladies... a perfect Christmas gift.
With giraffes, hippos, fish eagles, zebra, warthogs, crocodiles, oh and of course baby elephants already seen it was hard to imagine what else could top this. But Africa is a special place and Zambia had at least one more treasure to show the Dane Court students. With birthday cake for breakfast at stupid o'clock we hit the road for an 11 hour drive through the Zambian highlands and into the Luangwa valley. To me this is the most beautiful place on planet Earth and I was so excited to be sharing it with students and the amazing Mrs Opperman and Miss Lamb for the first time. 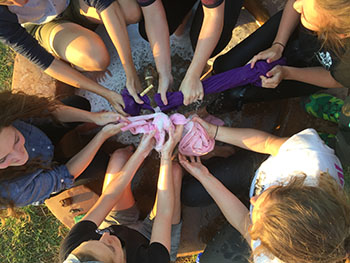 As the sun started to fall, we arrived on the banks of the river and were greeted by two lovely bull elephants. We stood just meters away and enjoyed these majestic animals at peace. Yet at the back of the students’ minds was sadness that due to human greed this may be a sight that their children may never see!
Excited students rose at 5:00am and by 6:30am we were in the park exploring, going on safari is always special and you never know what is going to happen as the circle of life plays out in front of you. And what a show she put on... As the last of the morning mist dispersed, a leopard stalked an impala by the river.... nervously excited students watched, when from nowhere a pack of wild dogs rushed out from the bushes to secure breakfast from under the nose of the helpless leopard. It was as if Sir David Attenborough was narrating his latest episode of Planet Earth, but instead of watching a TV screen you were actually there, right amongst it. It is not often a group of fifteen year olds are left speechless! But South Luangwa had not finished sharing its treasures with us and over the next two days the students saw and heard the might of male lions, were surrounded by chattering hyenas and when they thought that was it, a leopard and her cub strolled pasted within a meter of the group.

Zambia is truly a special place and I am sure that is now well and truly within the hearts of the students. Changed they are, glowing with amazement and a greater understanding of this beautiful planet. The experiences they have had will stay with them forever, with camp fire stories now of their own to tell. It has been a privilege to have taken such a exceptional group away and i know that they have developed a wonderful understanding of humanity and wildlife.

I would also like to say a huge thank you to Mrs Opperman and Miss Lamb for all their help and support, as well the kind donations by the Dental Surgery in Broadstairs. I would also like to thank the Miller family for their hospitality and Rachael, along with all those who work in conservation in Zambia, for sharing with the students their very special work. Finally, I would like to thank Africa, once again you have shown why you are the greatest continent on Earth and I cannot wait until next year and a new group land on your soil and breath your magical air. 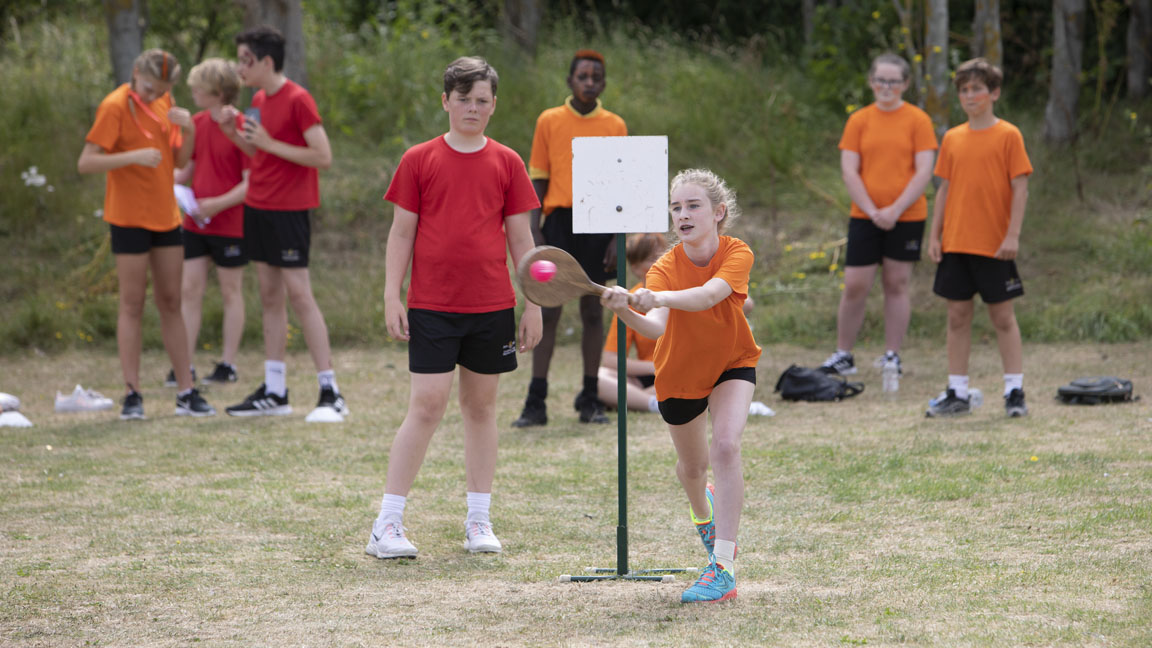 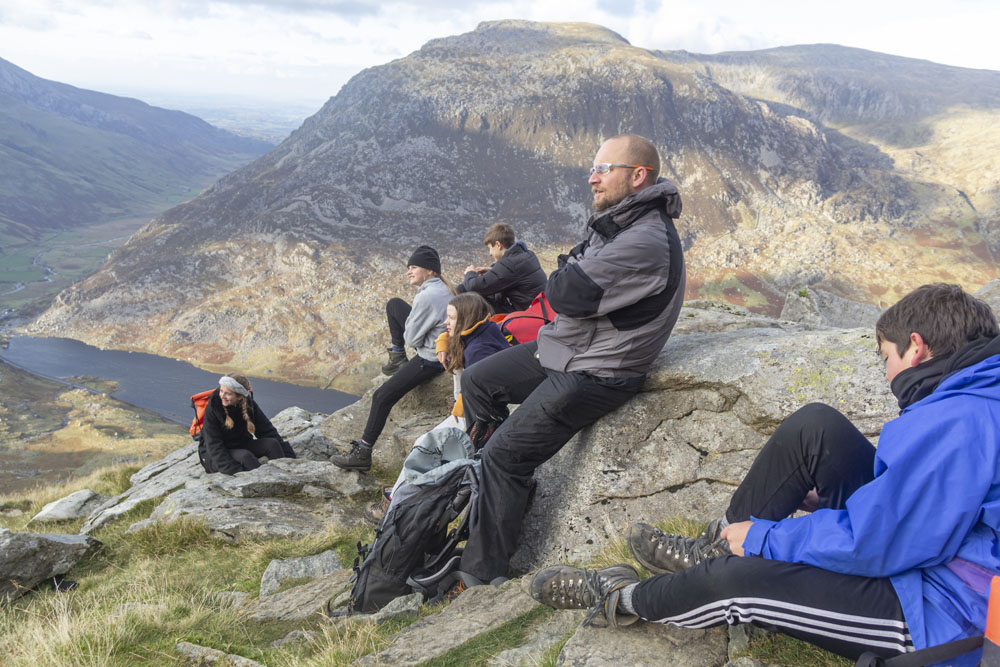